There is a strong discourse about mental health in sport and particularly in professional football at this time of national crisis but for it to truly be discussed openly it needs to start at the top of each football club.

If chairs and directors are not creating a safe, confident environment to allow conversation on the topic, how can we expect our employees, staff and supporters to start opening up?

At a recent media event three Premier League players were asked this question: “How often is mental health discussed at … [your football club]?” The answer from all three was hardly ever, if at all.

Ask the same question at Newport County AFC and the answer would be every week via a variety of official club channels. I have conversations nearly every day with people linked to the club on the subject and in relation to their own wellbeing.

It is for these reasons that I have decided to record some thoughts on the topic via four daily blogs, including why it is an important subject to me, my own experience and some coping mechanisms I have used.

We are all different and so anything I say might not be the case for you, however I hope by opening up it will give others the courage to start talking themselves.

I am not going to reveal my original trigger as I don’t believe it will benefit anyone reading this; it could possibly have the opposite affect – suffice to say I understand where all this comes from.

Me and my Anxiety

It was a lovely weekend in Devon, we had taken him to a caravan park for the weekend as he loved to do and I was sitting outside a Chinese takeaway, waiting for my eldest to collect the food. The world was continuing normally and there was no apparent reason for what happened next

As I sat in the car my mind began to wander. I cannot remember the exact thought, but it involved me being gone in the next half a century while everything around me continued. I think the concept of time came into play and me not being here for very long, and how on that final day it will be gone “forever”.

I became agitated and fidgety, my breathing increased in rate and I could not change my thought pattern away from that topic. 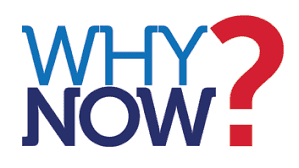 My son returned to the car and I drove the short journey back to the caravan ready to enjoy the birthday meal with my family.

I couldn’t eat and felt sick so went to the bathroom (I use the term loosely – if you’ve been in a caravan you know why!) to vomit but it wasn’t happening.

Instead I started turning round in circles as there wasn’t space to pace; I didn’t want my son seeing me like this and ruining his birthday.

That was a waste of time as I spent the next hour crying my eyes out, lying on the bed banging it with my fists as I was in a state of hysteria, at this point my wife notices but can do nothing to help. 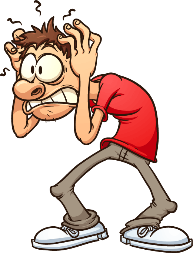 I can’t explain it to her because I don’t get it myself, random illogical thoughts were taking over and I knew I was having a panic attack as I’d seen other people having them.

For someone who likes to be in control this makes matters worse, this was beyond my control and compounded the problem.

For a couple of minutes, I was fine but I could not reach out to the usual people I would speak to for support around other issues as there was very little mobile signal and terrible wi-fi.

I was stuck, cut off, and the only person who could help is the very person I have needed to be the rock for in the previous 5 years. 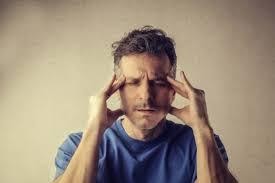 We needed to leave or I was not going to get anywhere and my concern was that things could escalate and I could do something that would permanently scar my children and wife mentally for the rest of their days.

My wife started to pack up for us to drive home as she was worried that we may not be able to get back home, and we’d be stranded from any external support.  I think I spend that time walking up and down the caravan hitting my head with hands trying to knock the thoughts out of my head.

We left Devon and headed home up the M5 in the pouring rain and somewhere between Taunton and Bridgewater I felt unbelievably tired and managed to convince myself I was on my way out and if I didn’t pull over I would end up killing myself (I now understand that it was because of the adrenaline).

I pulled over on the hard shoulder and stood in the pouring rain. My only concern was that my family were sat in the car in potential danger due to the horrendous driving conditions.

My wife had no choice other to call the police. While they were responding they kept me talking on the phone going through the textbook conversations for those they have concerns for over their immediate mental state.  I played along as I knew the others needed to see it and give them a morsel of comfort. 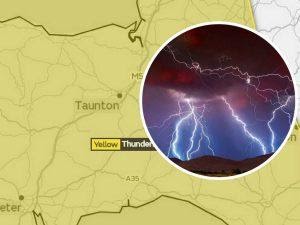 The police arrived rapidly, and I got in the car with one officer while the other drove our car to the services.

They spent a few minutes with me advising me to take on board some sugars, take a small break and then if I could drive the final hour home.  I managed to control my thought process to understand that once I was home the family would be safe and able to do their thing while I attempted to get some composure and rest and thankfully I was able to do that.

Why have I decided to share this now? With us all facing a difficult time for the next few months there will be a strong emphasis on mental wellbeing to get us through isolation and it’s my belief that there’s a potential increase in loss of life due to mental health issues amongst the physical reasons relating to the outbreak.

If we can recognise those triggers in our lives that could cause panic attacks and anxiety then we can use coping mechanisms to address them, but without talking about them, or at least acknowledging them, we cannot begin this process. Tomorrow’s blog will look at ways that I dealt with these episodes and there may be something that could help you.

Written by Colin Faulkner, Director at Newport County AFC – all views are my own.