A Newport County AFC fan scooped £400 in the first free-to-play Exiles Picks contest of the season.

'JamieNCAFC' became the first winner of the new campaign after finishing at the top of the leaderboard following County's 1-1 draw against Scunthorpe United on Saturday.

He accumulated the most points following his pre-match predictions, and we caught up with him to get his reaction after scooping £400 of the cash prize pool.

Congratulations! You’re our first Exiles Picks winner this season. How did it feel when you first saw you were top of leaderboard?
J: I was in shock! I think I was about 20th with 15 minutes to go, then my mate text me saying he was joint first. I had a quick look with 5 minutes left and saw I was top! I was praying that either County would score or absolutely nothing would happen.

How did you hear what about the £500 free to enter Exiles Picks contest?
J: I heard about it on the club's Twitter account.
How long have you been a fan of the Exiles?
J: I've been a Newport fan all my life. My dad is a fan, so I had no choice!
What was your general strategy as you made your picks for the contest?
J: I tried to figure out whether certain players would be starting and potentially be subbed for a few of the questions. Then the others were based on guess work!
Where were you when you found out you won?
J: I was over my mate's house watching the game on iFollow Exiles. I celebrated with a chippy for tea!
Who was the first person you told?
J: I had to text my mate Kyle who was previously top, just to rub his nose in it.
What do you plan to do with your winnings?
J: Hopefully I'll be able to spend the winnings on a couple of away days in the future!


Newport County AFC are delighted to confirm the appointment of Matthew Owen as the club's Commercial Manager. 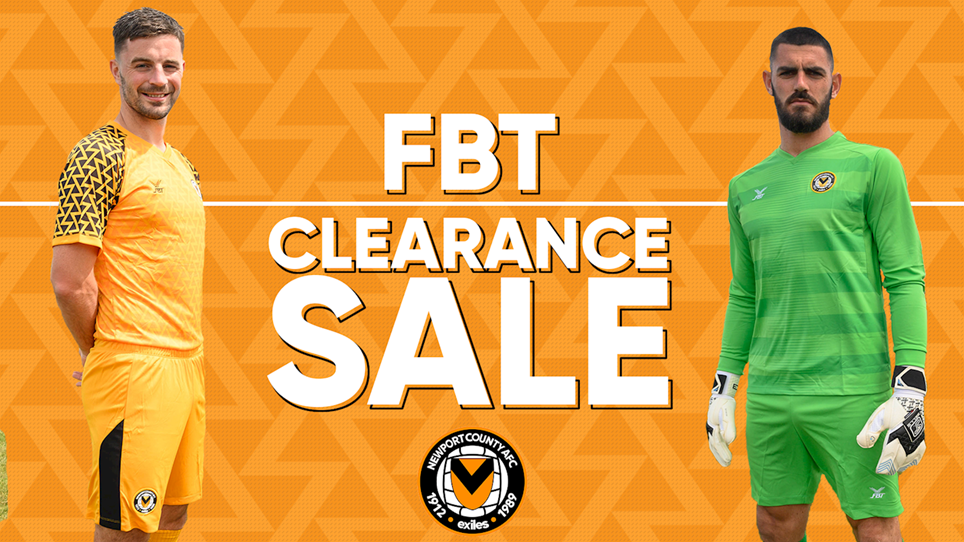 
The Official NCAFC Shop has launched an FBT clearance sale online, with all FBT items reduced to clear.