Newport County AFC return to Carabao Cup action this evening as they welcome Watford to south Wales in the third round of the competition.

County, who are hoping to reach the fourth round for the first time, have already beaten Sky Bet Championship opposition in Swansea City, and will be hoping it is a good omen for this competition.

A fourth-round tie with either Morecambe or Newcastle United is on the line for the winners of tonight's match.

Here, you can find all the facts and statistics ahead of this Carabao Cup fixture...

Watford came into the Carabao Cup in the second round with a tie against Oxford United. The match finished 1-1 after a 89th minute Ken Sema goal kept the Hornets alive, before they went on to win the match on penalties.

In the league, Watford are currently playing their first season in the Championship since 2015. The Hertfordshire side won the 2020/21 curtain raiser 1-0 over Middlesbrough, with Craig Cathcart heading in the winner.

The Hornets drew their most recent match 0-0 away at Sheffield Wednesday.

Ryan Taylor hit the winner on the weekend for the Exiles, however it has been Tristan Abrahams who has been firing in the Carabao Cup so far this season. It remains to be seen who Michael Flynn will opt for on Tuesday evening.

Tuesday could also be the first opportunity for County fans to get a glimpse of Bradley Webb after the defender signed on a season-long loan deal from Bristol City on Friday.

Kiko Femenia was absent from the Watford squad on Saturday through illness, with striker Luis Suarez (not that one) also missing despite returning to training.

The Hornets were also without star winger Ismaila Sarr, with speculation over his future ramping up.

One to watch – Glenn Murray

The loan signing of Glenn Murray could prove to be a masterstroke in getting Watford back to the Premier League.

The veteran striker has scored goals everywhere he has been, most recently recording 49 league goals for Brighton & Hove Albion in 101 games. 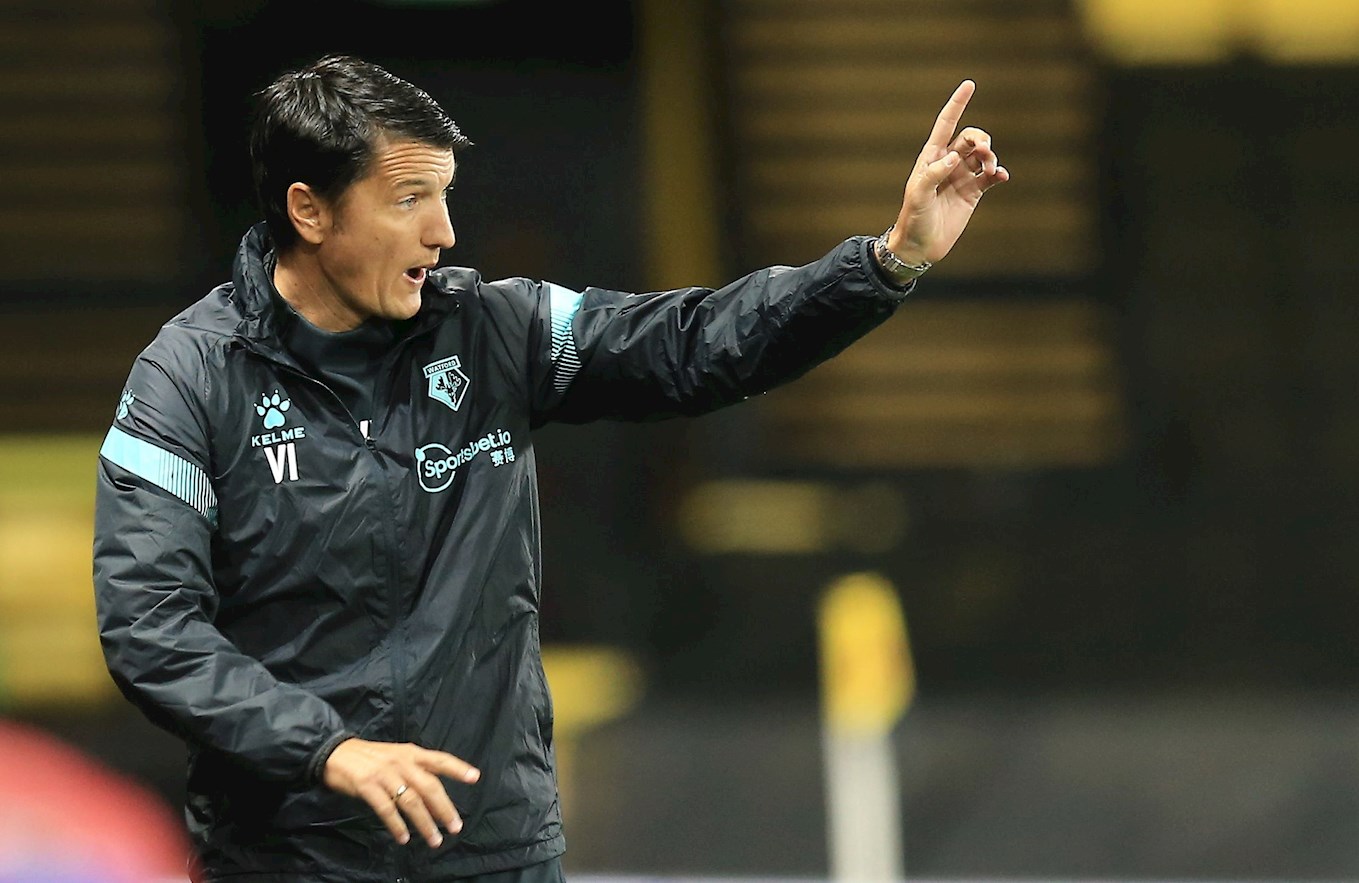 Vladimir Ivic took over at Vicarage Road in August following Watford’s relegation from the Premier League. The Serb has enjoyed a successful career in management so far, having won silverware everywhere he has been.

Ivic won the Greek cup with PAOK, before delivering back-to-back league titles with Maccabi Tel Aviv. The first of those was won by a record 31-point margin after just one defeat.

Watford will be hoping that the 43-year-old can continue his success at Vicarage Road.

The last time Newport County AFC met Watford was in 1978 in the Fourth Division.

The match finished 2-2 in front of County’s highest attendance that season, with 8,409 turning out at Somerton Park.