Alex Fisher scored on his first start to earn Newport County AFC a 1-0 win over Tranmere Rovers at Prenton Park.

The striker was thrown straight into the mix against Mansfield Town last weekend just hours after signing with the Exiles, and was given the nod from the start for the trip to Birkenhead.

The decision paid dividends as Fisher carved out plenty of opportunities in front of goal - seeing two efforts denied by the crossbar - before he finally fired home on the hour-mark.

Tranmere had their fair of chances to take a share of the spoils, but Fisher's strike proved to be enough for County, who were without manager Michael Flynn due to a positive Covid-19 test, to travel back to south Wales with maximum points.

County made two changes after suffering their first defeat of the campaign against Mansfield Town last weekend, with Fisher and Jermaine Hylton replacing Chris Missilou and Timmy Abraham respectively.

Scot Bennett assumed the captaincy for the second consecutive fixture after Matty Dolan and Mickey Demetriou missed out through injury.

Cameron Norman enjoyed County’s first opportunity to test Tranmere goalkeeper Joe Murphy after the ball fell kindly to the defender, who connected with the ball well but could only find the side netting.

But it was the home side who came closest to opening the scoring in the first half when Paul Glatzel latched on to Kieron Morris’ throw and stung the palms of Joe Day.

The County goalkeeper was forced into action again seven minutes later, this time backpedaling before making a brilliant save to tip a deflected cross off Priestley Farquharson over the top of the crossbar.

Day had produced several saves to prevent Tranmere from taking the lead in the first half, but the hosts should have broken the deadlock with 10 minutes left of the first half. After the experienced Liam Feeney raced from his own half to the byline, he put the ball on a plate for an unmarked Glatzel, who somehow failed to guide his effort on target from the centre of the box.

County soaked up the home side’s pressure and enjoyed a string of opportunities in the closing stages of the first half, with Jermaine Hylton the first to find a pocket of space before bringing a diving save out of Murphy.

The woodwork ensured the scoreline remained level with two minutes remaining of the first half when Fisher’s volley crashed against the crossbar after Farquharson’s header back across goal. But there was still time for Fisher to test Murphy for a second time before the half-time interval as he diverted Willmott’s cutback goal-bound, only to see the effort kept out by the goalkeeper as the sides headed for the tunnel level.

Finn Azaz continued to cause the home side problems after the restart and almost registered his first County goal since his loan move from Aston Villa loanee, with his effort from the edge of the area taking a wicked deflection off Tom Davies and sailing behind for a corner.

But the Exiles finally found the breakthrough on the hour-mark. After Fisher saw his header crash against the crossbar for the second time, Hylton diverted the ball back across goal and Fisher, aided by the ball falling kindly to him, was on hand to prod the ball beyond Murphy.

Nevitt almost responded for the hosts in the dying stages after rising high to meet a corner, but he could only nod his effort over the crossbar as the Exiles held out for their third clean sheet of the campaign. 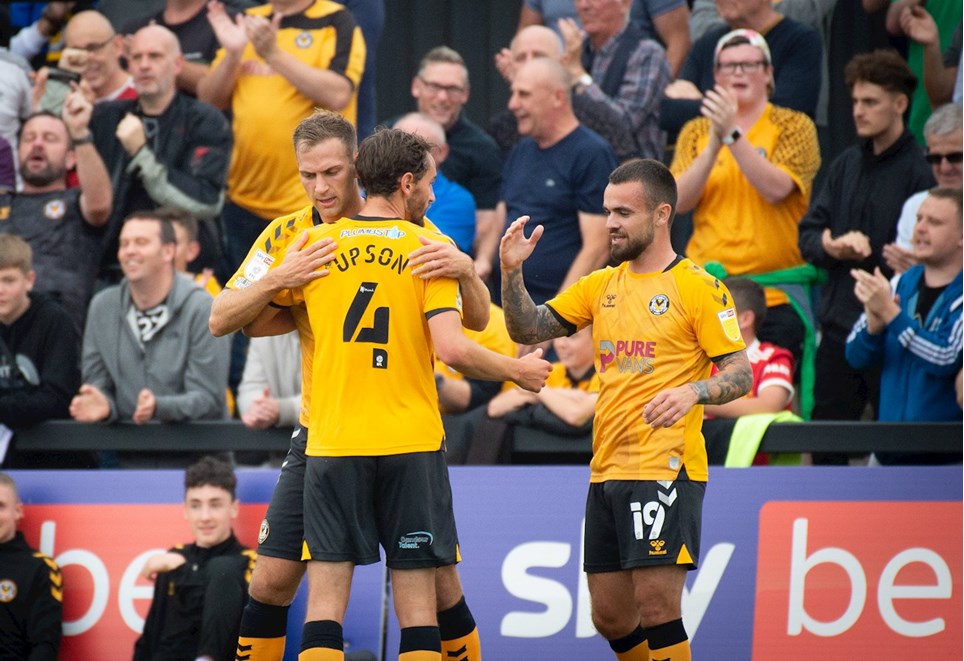 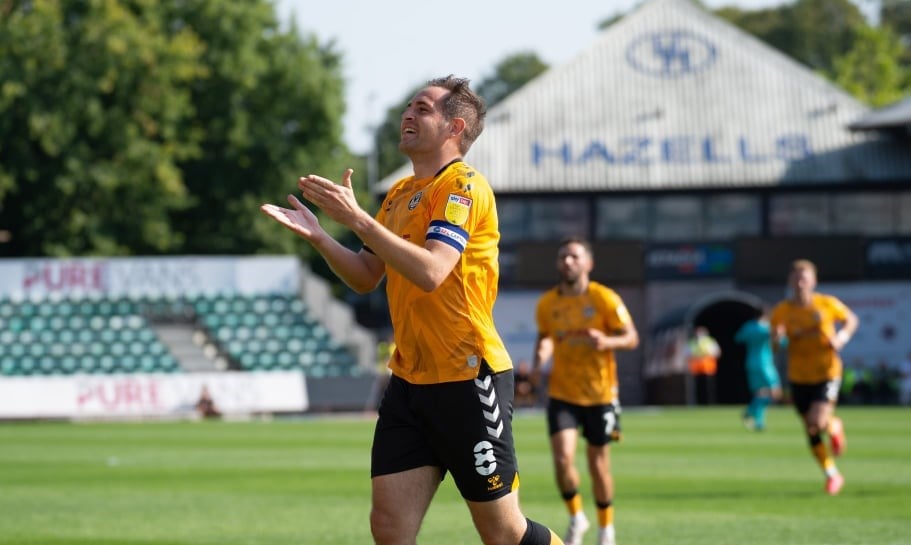