The Exiles were hoping to build on the late point earned in midweek against Exeter City but creativity proved to be a problem for both sides with chances at a premium.

Davison took his chance towards the end of the first half and former County striker Matt scored from the spot on his return to south Wales after he was brought down by goalkeeper Nick Townsend.

Michael Flynn made four changes with Dom Telford rewarded for his late equaliser against Exeter City with a start ahead of Ryan Taylor. Liam Shephard returned from suspension to take his place at right-back as County moved to a back four.

Anthony Hartigan and Jake Scrimshaw also came back into the starting XI, while David Longe-King, Matty Dolan and Luke Gambin all made way.

There were familiar faces in the visitors’ squad as Matt, who also scored in the reverse fixture, led the Rovers attack and Aaron Collins was named on the bench.

The new system didn’t stop Shephard and Ryan Haynes getting forward and a brilliant delivery from Shephard met the head of Telford but the striker’s looping header flew narrowly over the crossbar. Forest Green responded immediately as Matt was played into space in the box but, with Mickey Demetriou narrowing his angle, the striker struck wide.

With both sides matching each other all over the pitch chances were few and far between but on the half-hour mark Baily Cargill picked out Davison with a precise cut back and the attacker caught the ball perfectly, however, Demetriou was in the right place to clear the goal-bound effort and keep the score level.

Davison, on loan from Charlton Athletic, was causing plenty of problems with his energy and dynamism and he wasn’t to be denied. On the stroke of half time he latched on to Matt’s long ball, drove at the County goal, cut inside and fired the ball into the bottom-right corner.

Flynn opted to change things around on the hour mark as he introduced a new-look attack. Padraig Amond, Taylor and Kevin Ellison all entered the action in place of Jake Scrimshaw, Nicky Maynard and Telford. Before they could make their mark in the game the visitors doubled their lead.

Matt was alert to take advantage of a weak back pass and go through on goal. Townsend came out to meet him but Matt proved too quick and the goalkeeper’s challenge brought him down. Matt dusted himself down and sent his former teammate the wrong way from the spot.

The hosts refused to give in and Joss Labadie went close to pulling one back when he rose highest to a free kick but his header was off target. The skipper was proving difficult to mark at set pieces but he couldn’t keep his header down when picked out by Haynes.

The Exiles enjoyed a spell of sustained pressure in the latter stages and Aaron Lewis replaced Hartigan to try and keep the pressure on the visitors. The 22-year-old moved into defence to allow Shephard a more attacking role but tried to get his name on the scoresheet with an effort from range, which rose over the bar.

The hosts asked all of the questions in the final stages of the game but they couldn’t find a way through a stubborn Rovers defence. 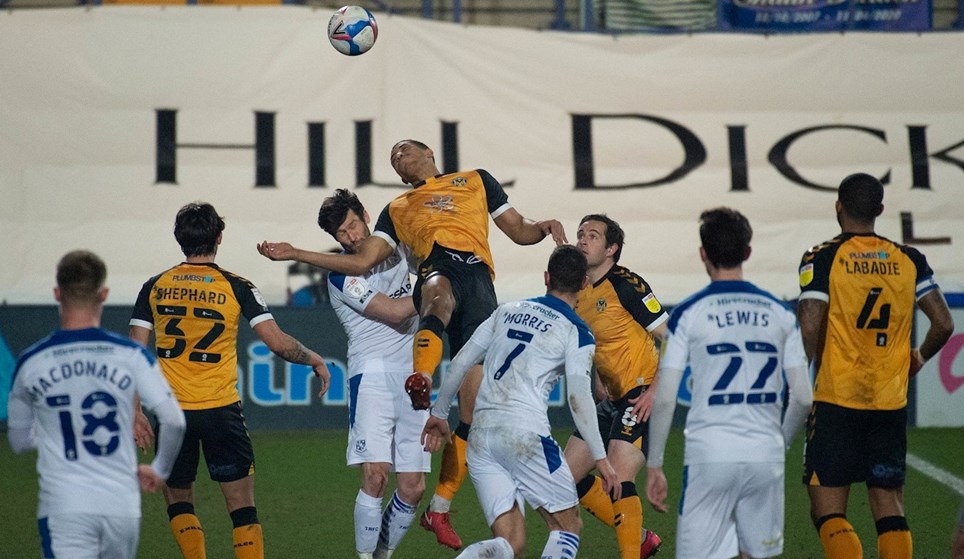 
Liam Feeney's strike proved to be the difference as Newport County AFC were condemned to a 1-0 defeat against Tranmere Rovers. 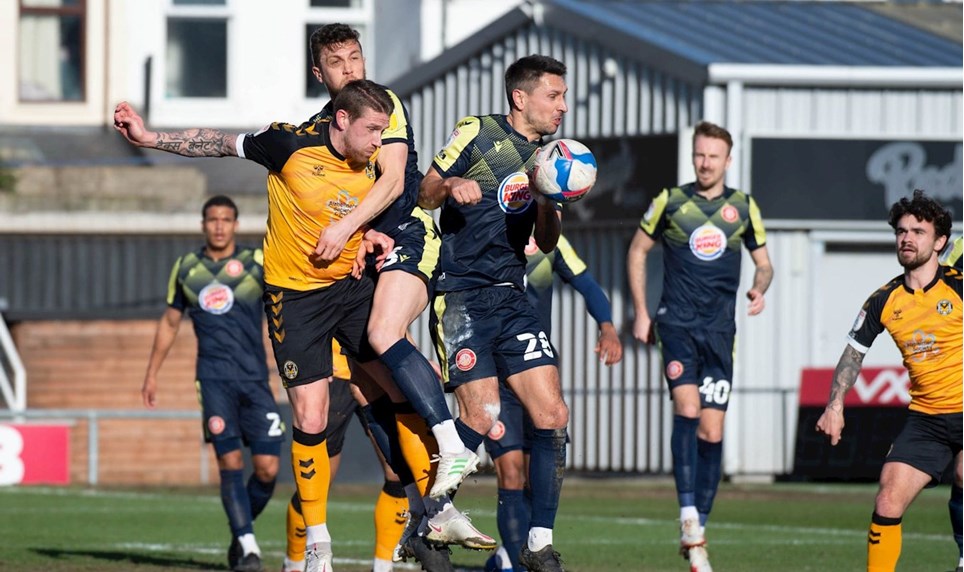 REPORT | County battle to a goalless draw with Stevenage


Newport County AFC had to make do with a point in Sky Bet League Two as they were held to a goalless draw by Stevenage at Rodney Parade.

REPORT | Exiles get back on track with victory over Walsall


A later header from Joss Labadie got Newport County AFC's promotion bid back on track with a hard-fought 1-0 victory over Walsall.


Substitute Dom Telford scored a late header as Newport County AFC were held to a frustrating 1-1 draw at home to nine-man Exeter City.