Newport County AFC have completed the signing of Wales international Joe Ledley until the end of the season, subject to international clearance.

The midfielder, who will wear the number 34 jersey during his time with the Exiles, has penned a deal for the remainder of the 2020-21 Sky Bet League Two campaign and brings a wealth of experience to Rodney Parade having racked up more than 500 career appearances.

After graduating from Cardiff City’s academy, Ledley went on to make more than 250 senior appearances during his time with the Bluebirds, helping them on their way to the 2008 FA Cup final after scoring the winning goal against Barnsley in the semi-final. He also reached the 2010 Championship play-off final, where he netted against Blackpool but narrowly missed out on promotion to the top flight.

Following his time at Parkhead, Ledley made the switch to Premier League side Crystal Palace in January 2014 and enjoyed three-and-a-half years in the top flight with the Eagles, who he helped reach the 2016 FA Cup final.

Spells in the Championship with Derby County, where he worked under Frank Lampard, and Charlton Athletic followed for the midfielder before he departed the latter in January 2020 and began training with the Exiles to stay fit. Ledley then decided to up sticks and move abroad to Australia, where he made six A-League appearances for Newcastle Jets last season. 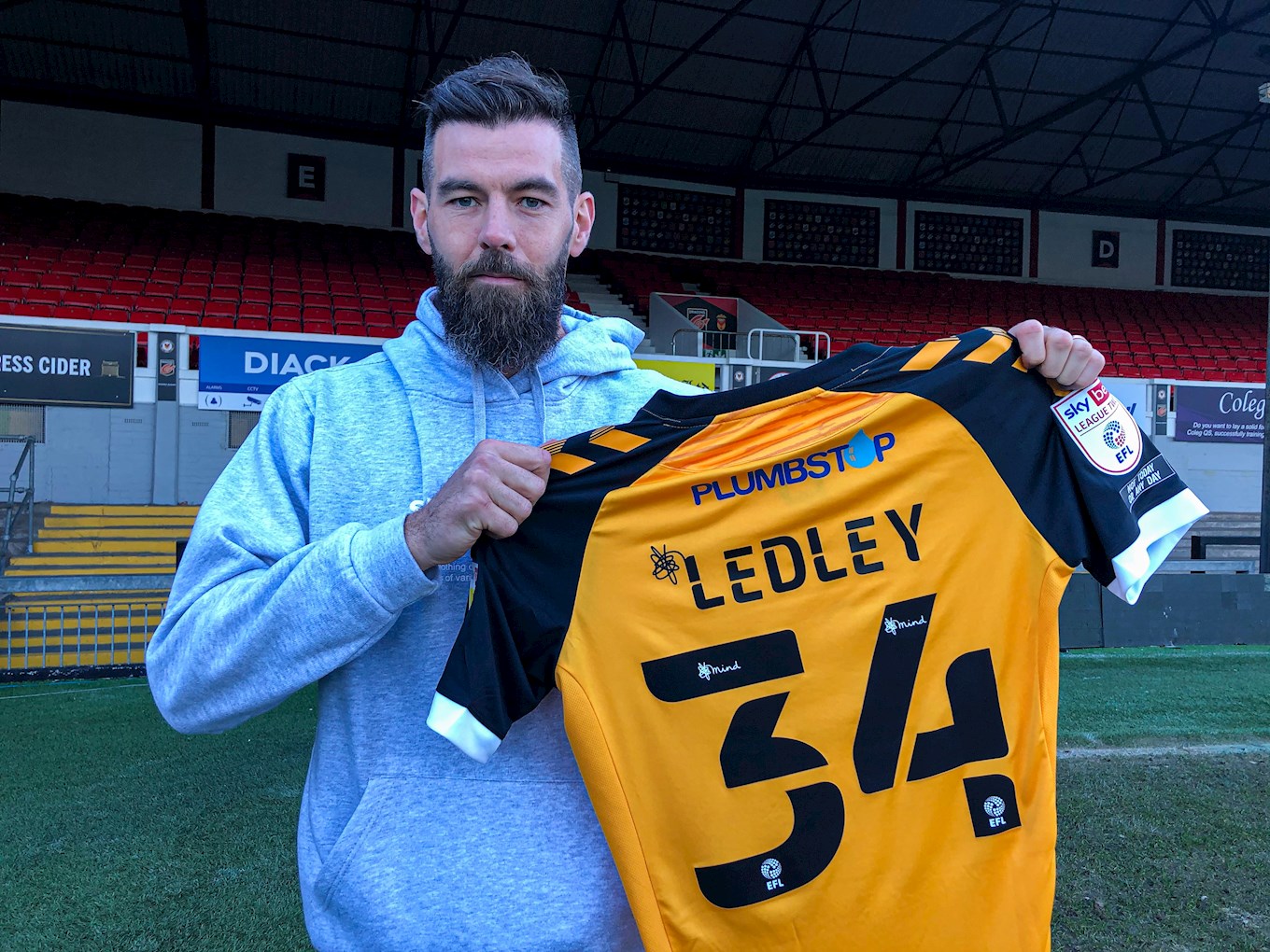 The 34-year-old has also been a consistent figure on the international stage and made 77 appearances for Wales, with his last cap coming in a friendly against Mexico in 2018. He played a key part in helping Wales reach their first major tournament in 58 years at Euro 2016 before playing in each game in their run to the semi-finals of the competition.

Ledley said: “It’s a privilege to be here. I was here last January training with the team and the chairman and manager both welcomed me, so to come back and repay them for what they did for me is remarkable. It’s been great what the team have done so far and we want to can carry that on now.

“I’ve got a lot of experience and been towards the top end of tables a few times. It’s only a short contract but hopefully we can get over the finish line.”

Manager Michael Flynn added: “It’s great to have Joe on board because he has trained with us previously and was close to joining us last season. I understood why he went to play out in Australia because it was a brilliant opportunity for him, but I’m glad that he’s finally signed for us now.

“I think he will have a big part to play on and off the pitch between now and the end of the season, and his experience will help us get where we want to be.”