John Relish Award for Players Player of the Year 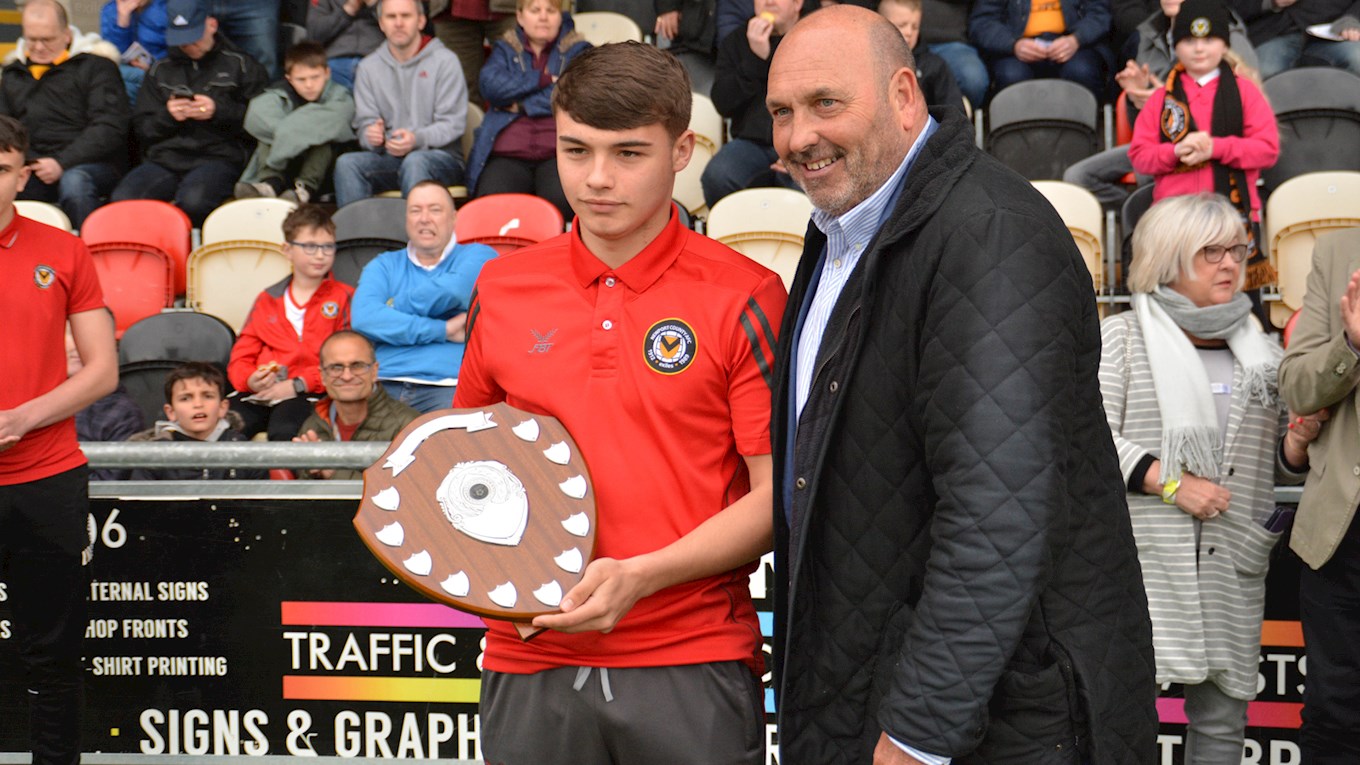 Jake has been a big plus to our squad this season. He has regularly performed in big games and scored several key goals at important times which has resulted in his peers voting him the winner of this award. Jake has excelled in both our games programmes especially within Futsal where he was selected to represent the South West regional squad which he played a pivotal role in winning the EFL All Star event. This award is most certainly deserved due to the hard work Jake has put in over the past year. 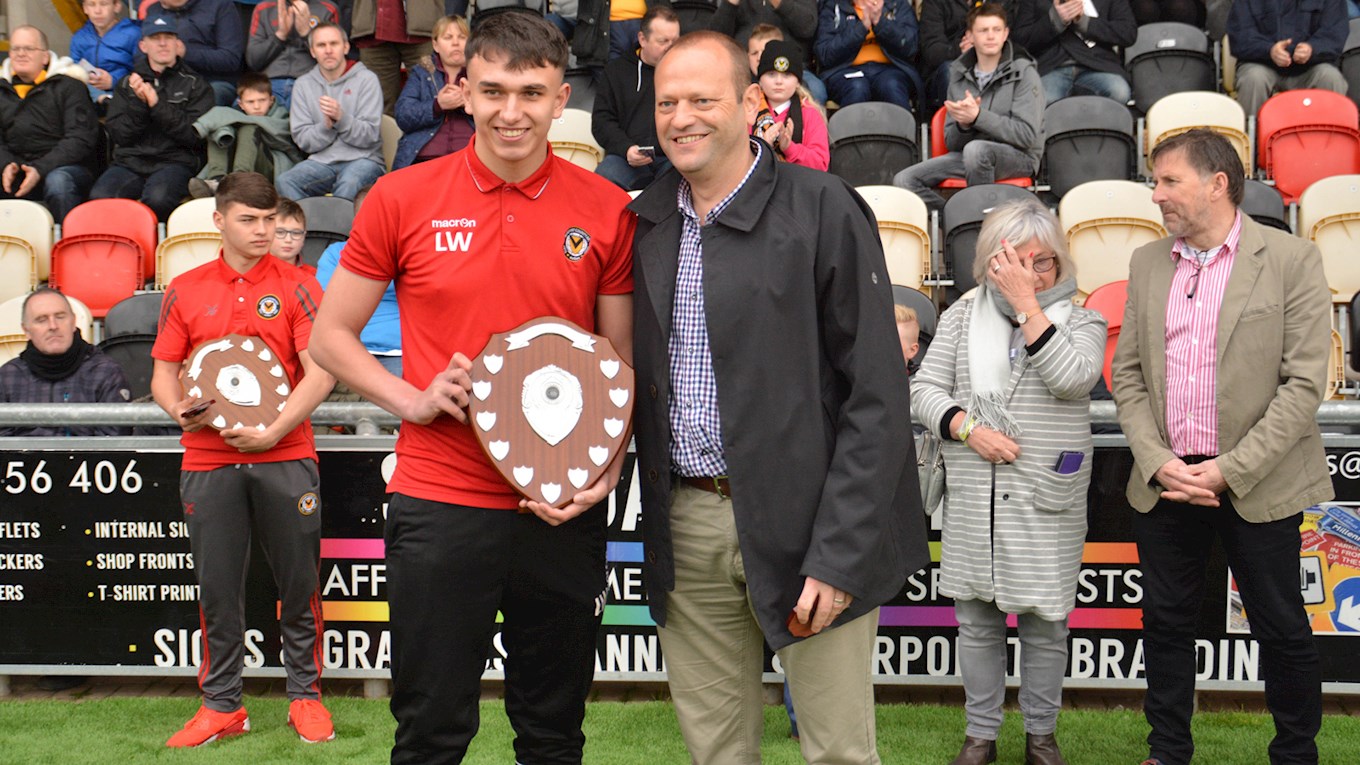 Luke has developed into an excellent player over the past 12 months and has thrived in both our 11v11 and Futsal games programmes. He has been consistent throughout the season and a key part of the success of this year. Luke is a great lad who thoroughly deserves this award due to not just his ability but how he conducts himself as a person. He has been a credit to work with during his time on the college programme and a very worthy winner of the manager’s player of the year. 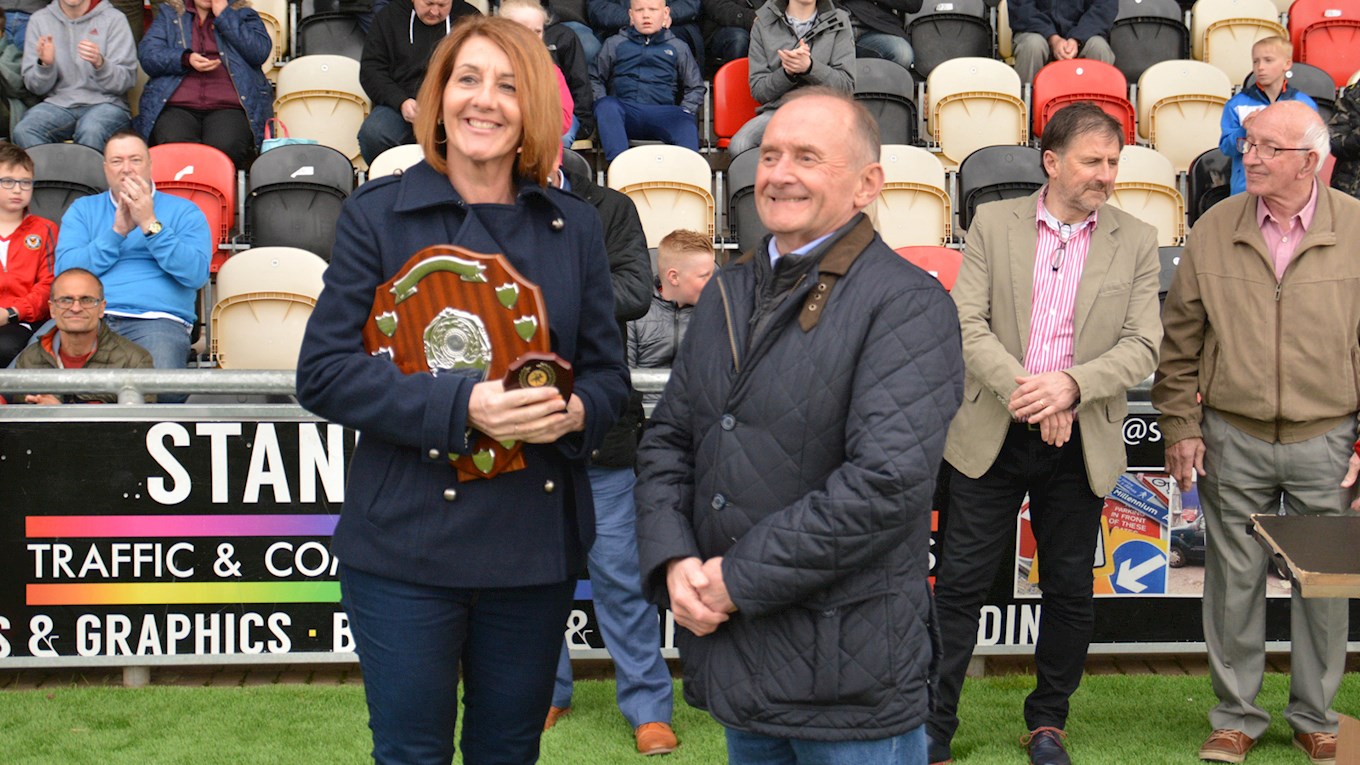 Debbie has been part of our Walking Football programme over the past 3 years and has rarely missed a session. This reflects the progression Deb has made in terms of her playing ability which has been made clear with the amount of votes Debbie received from her fellow peers. Debbie is a lovely lady who is very much a valued member of our group and a very worthy winner of both the Walking Football players player award and the Ladies player of the year. 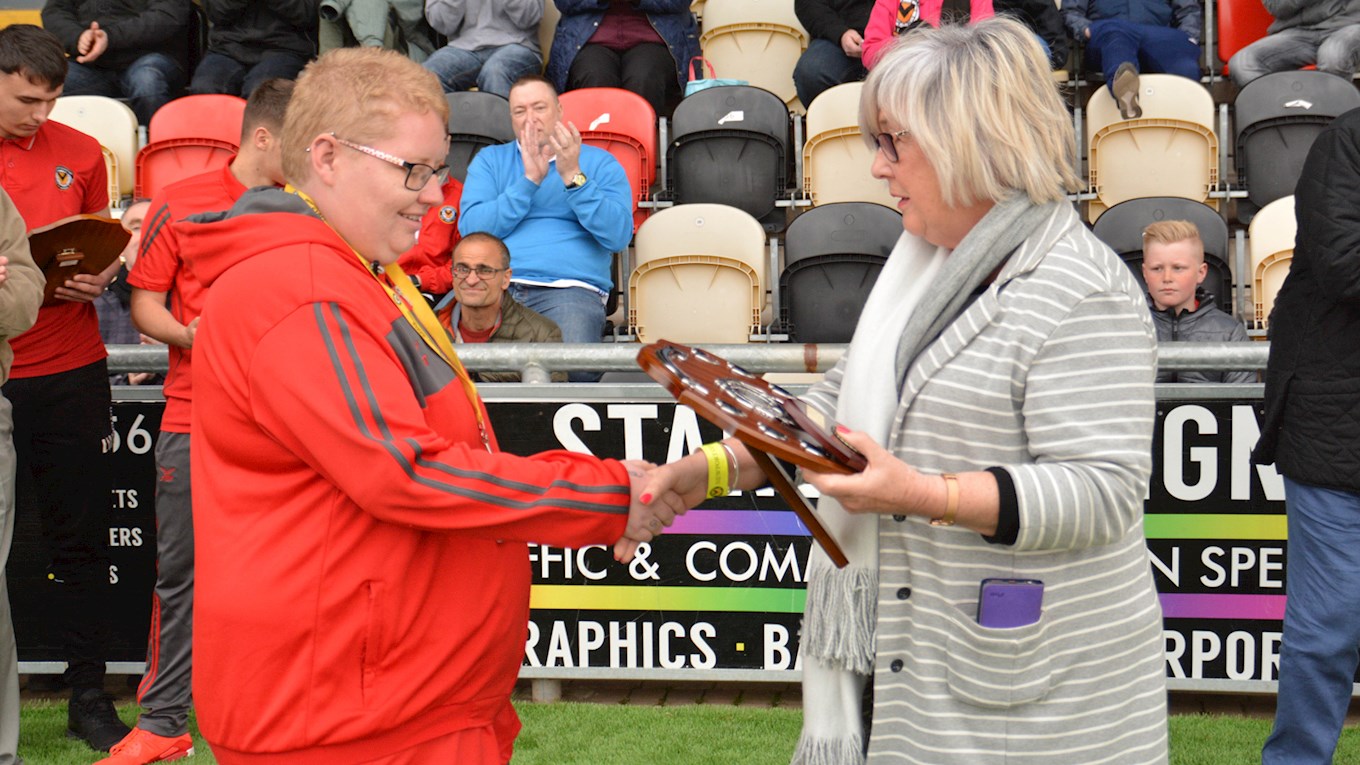 Congratulations to Emily Edwards who was voted Newport County Ladies Player of the Year. Emily currently plays for the We Wear the Same Shirt team after being the first ever player to attend the session back in July 2016. Emily is a fantastic teammate who has also taken on the role of coaching the side throughout the 2017/18 season. Emily’s commitment, enthusiasm towards others and passion for the game are among many reasons players have voted for her this year. We wish Emily all the best in the next year as she looks to continue her coaching and playing journey. Well done!

John Macey Award for Players Player of the Year 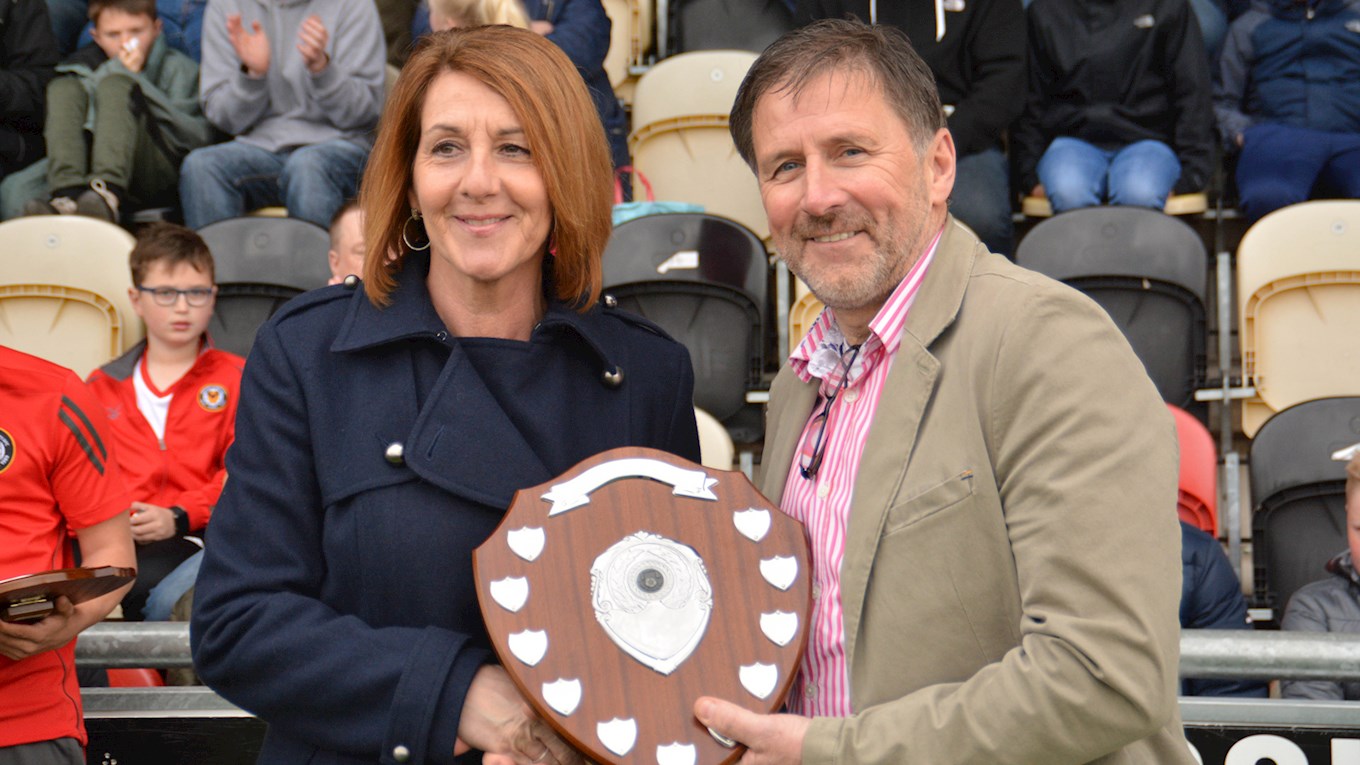 We Wear the Same Shirt 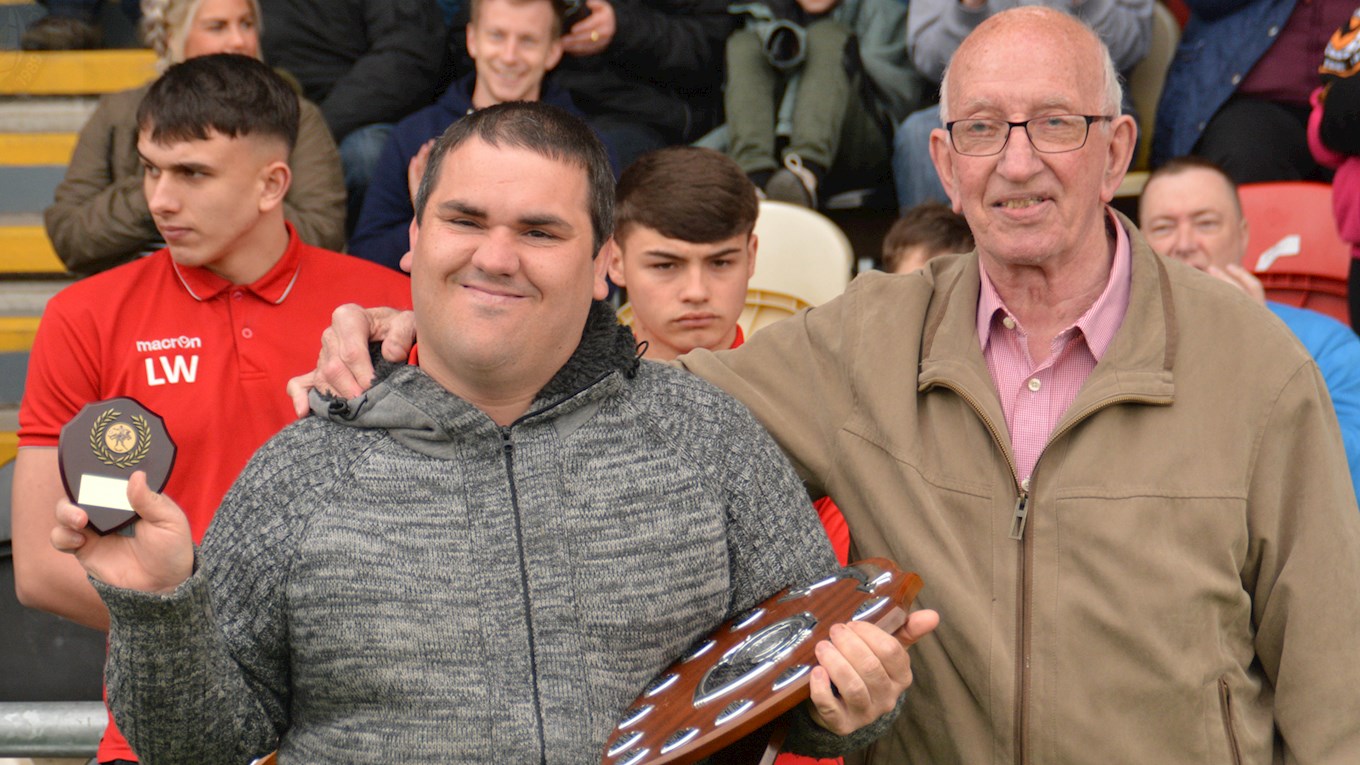 Congratulations to Jason Smith who was voted player of the year by his We Wear the Same Shirt teammates. Jason represented his team multiple times this season and never fails to give 100% in all matches. Jason’s’ coaches and peers have commended him for his significant improvement throughout the year and applaud him for his positive attitude towards teammates and opponents. Thank you to all those who were involved with the WWTSS team this season. Voting was very close this year which reflects the tremendous effort given by all the players. Looking forward to next season!

Huge Congratulations to all the winners.
For more information about
County in the Communty, Click Here

Find out who won First Team Player of the Year Here