Lamar Reynolds and Jamie Turley continue to pick up minutes in the National League, while Tom Owen-Evans picks up some red-hot form for Truro City.

Lamar Reynolds has impressed for Orient through the past two months, making six appearances. As well as appearing in the league, Reynolds helped the O’s reach the fourth round of the FA Trophy, defeating Dover Athletic in a 4-3 thriller. 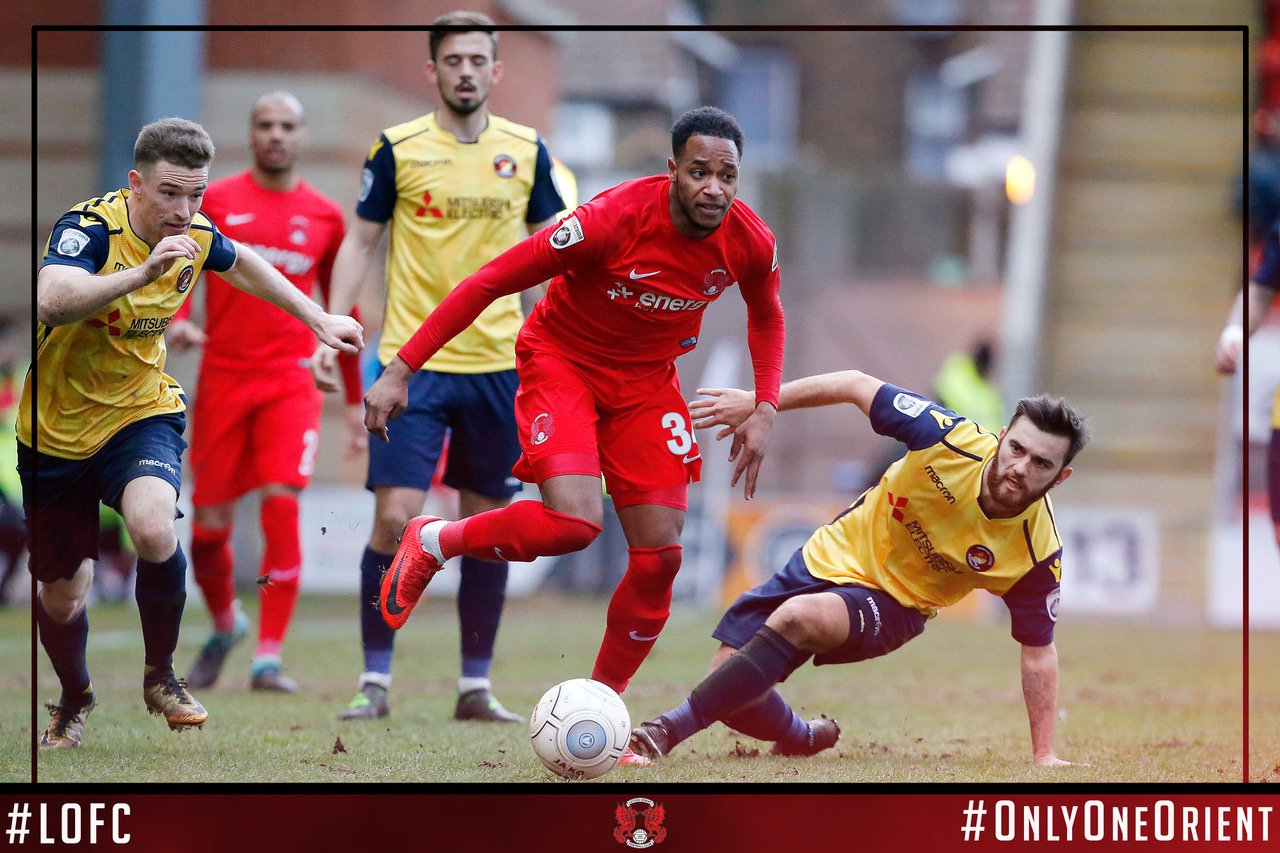 Orient Press Officer Elliot Byrne feels that Reynolds could be in line for more minutes through the tail-end of the season:

“With the strength of James Brophy and Jobi McAnuff on the O’s wings, it has been difficult for Lamar to stake a claim in the O’s squad but he has put in a number of impressive performances throughout February and March, hitting the post in the 1-0 defeat to Dover Athletic and looking a threat throughout the FA Trophy defeat to Gateshead. With the O’s all but safe from relegation, he will be hoping to have a few more chances to impress before the end of the season.”

Defender Turley is making quite a habit of making the ‘National League Team of the Day’. This time around, Jamie is in for his display in Boreham Wood’s 0-0 draw with Woking. Being deployed as a left wing-back, Turley is fast becoming The Wood’s ‘Mr Reliable’ at the back, appearing in all 9 of their fixtures in the February and March months.

Another 3 Points, The Run continues 👊🏾
Enjoy your weekend @BOREHAM_WOODFC ⚽️

Boreham Wood picked up 16 points from those 9 games, and sit in third place in the National League.

Tom only sealed a loan move to Truro City at the end of February, but he has instantly made quite an impact. Starting every fixture since his arrival, he has already scored twice to help the Cornish side to 5th in the National League South. If he keeps up this form, The White Tigers will be confident of promotion through the Playoffs.

Giving an interview for the Truro City website, Truro manager Lee Hodges was also full of praise for the youngster:

“We've been able to add Tom and his energy has lifted everyone.”