Newport County AFC are delighted to announce the appointment of Jorden Gibson as our new Academy Manager.

Jorden joins the Exiles from Stevenage FC, where he has spent six and a half years working in several roles at the Hertfordshire outfit.

Jordan's prior experience at Stevenage includes working as Head of Education, Head of Goalkeeping, as well as being part of the first team setup and Youth Development Phase at the Club during the period of time he was at 'The Boro'. 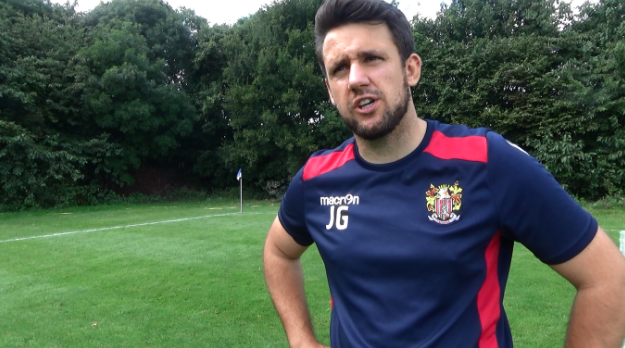 Most recently Jorden was working under the title of Under 18's Professional Development Coach at Stevenage. Part of his role at NCAFC will be Managing and Coaching the Club’s Under-18 Youth Team, so this prior experience will stand him in good stead.

Following the appointment, Jorden said: "I'm really excited. I can't wait to get started now. I have always had the ambition to be an Academy Manager, so when the opportunity came about here and for me it was really a no brainer.

"Ultimately, my goals and targets will be to support the Gaffer (First Team Manager Michael Flynn) and the First Team and keep producing and help nurture that talent through to the top level at this Club, like any Academy Manager in this country at any Club.

Jorden continued, saying: "I have spoken with the Gaffer and he has told me his visions, I have also spoken with several members of the Board including the Chairman and you just get the feeling that this is a really good place to come. I am really looking forward to it.

Watch everything Jorden said to the official Club website in the video above, for free, only on #iFollowExiles.

Yesterday, 2019/20 Season Tickets were launched and will be on sale from Monday 3rd June. Be part of the #AmberArmy as #OurJourneyContinues in to next season.