Newport County AFC are delighted to announce that striker Padraig Amond has signed a contract extension with the Exiles until June 2022.

Padraig has scored 44 goals in 129 appearances for NCAFC, the Irishman is one of the most prolific County strikers in recent memory, arriving at Rodney Parade for an undisclosed fee from Hartlepool United back in August 2017.

The 31-year-old striker, born in Carlow, has made over 500 total career appearances and also featured for his country four times at Under-21 level as well as being called up to the provisional Republic of Ireland senior squad last season.

After putting pen to paper, Padraig said: "I am delighted to have signed a new contract. I’m extremely happy and settled at the club and have loved my time here so far.

"We have a great set of players, a brilliant manager and brilliant backroom staff to so it’s a very enjoyable environment to be working in." 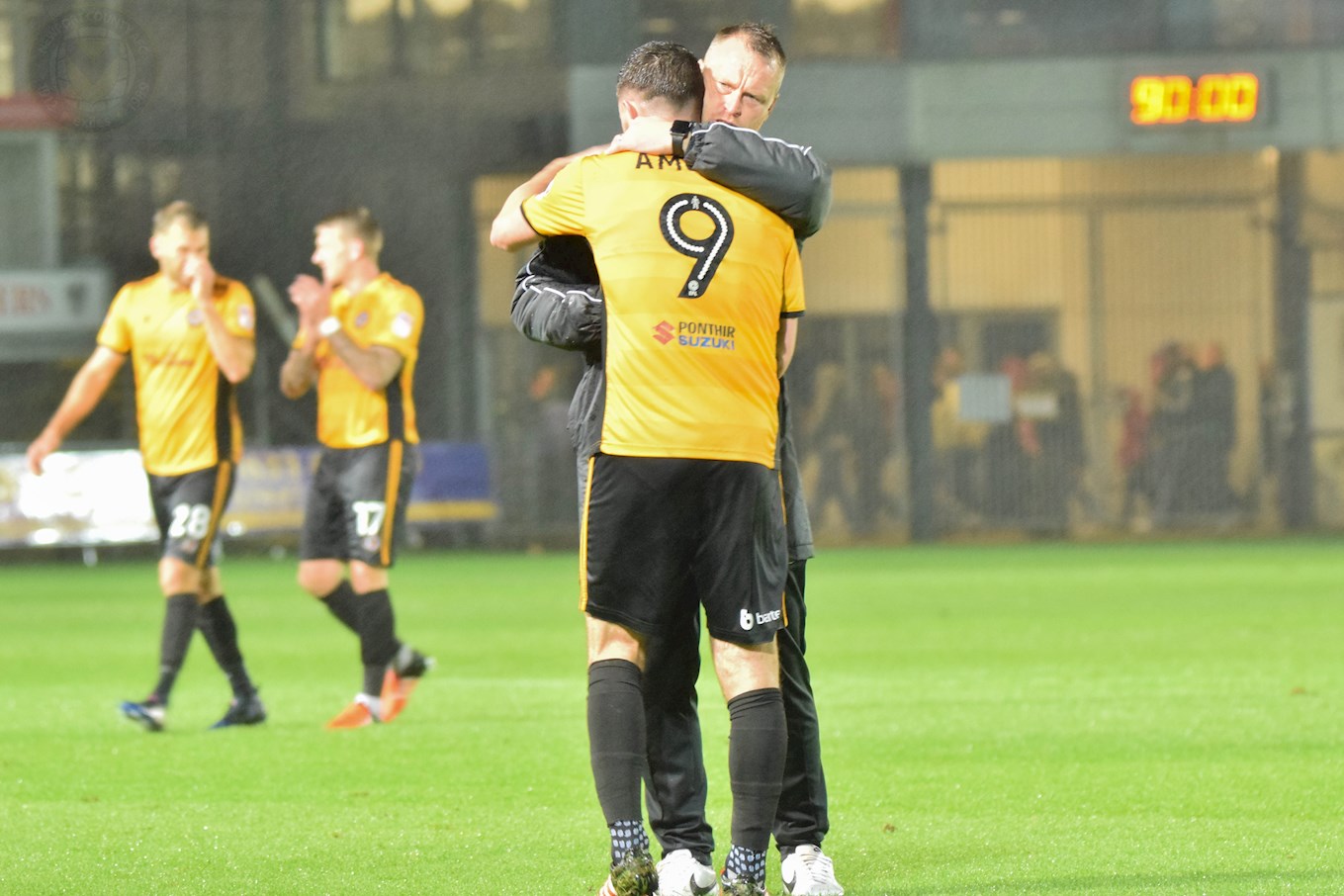 After the news was confirmed, Manager Michael Flynn said: "I am delighted to see that Podge has extended his contract with the Club. He was one of the first signings I made as Manager and has been an integral part of the Club's positive progression over the past few seasons."

"I have no doubt that he will continue his brilliant goalscoring form for us in both League and Cup. He's got seven goals to his name in all competitions already and long may he continue scoring them."

The Exiles have two home games coming up at Rodney Parade in the coming week!