Newport City Radio hosted an hour of music and interviews at Friars Walk to celebrate the launch of the 2018/19 Newport County AFC Kit. See the full Gallery Above.

The afternoon's event began with live music by local muscian Jack Perrett (who was one of the supporters invited to be part of the 2018/19 Kit Launch, find out more about him here) and was followed by the arrival of three of the first team - Mickey Demetriou, Keanu Marsh-Brown, and Jamille Matt - donning the smart new kits (see the kits here).

We then heard from Newport County AFC supporter and kit designer Neal Heard who designed this season's kits.  He explained that he was inspired by the Newport Kit from 1938/39 (the year in which County were promoted to the old Second Division - now Sky Bet Championship).

You can read more about the inspiration behind the kit
here.

We were also delighted to run a competition for a brand new Newport County AFC 2018/19 Home Shirt which was won by this young County fan! 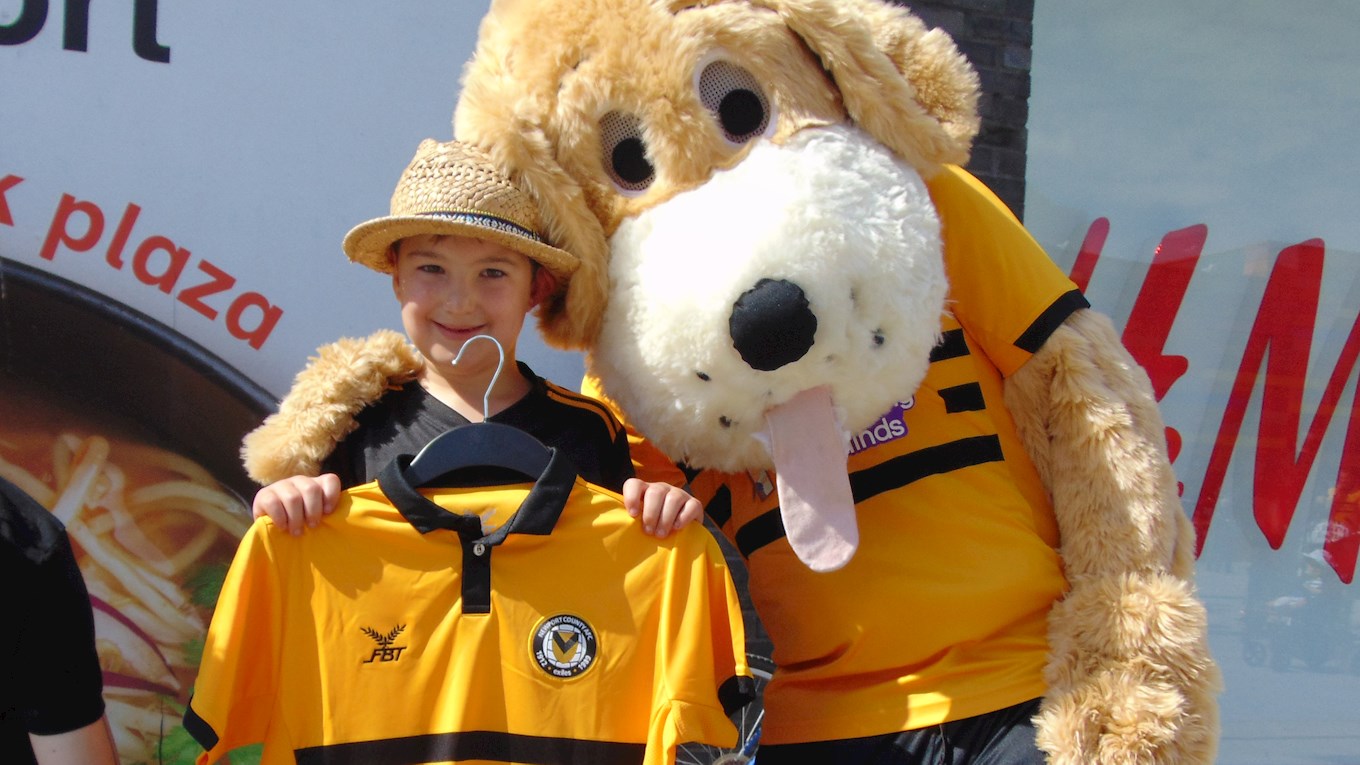 And of course, it's not a Newport County AFC event without Spytty the Dog causing mayhem!

Meet everyone who was involved in our "Our Journey Continues" kit launch from right across the Club including the Community, Supporters, Academy, and First Team.

A big THANK YOU to Newport City Radio for hosting, Jack Perrett for performing, Neal Heard for speaking and Friars Walk for allowing us to take over John Frost Square for an hour!