The 2017/18 Newport County AFC Kit Launch sees the Club take a vital step towards the new season. People from all branches of the Newport County AFC were invited to take part in the unveiling of the kit as the Club looks to build on the first of its three principals: Unity.

All County fans know about the miracle achieved by Michael Flynn and his men last season, but success was rife throughout the Club with the U18 Academy, the Futsal Team, and the We Wear the Same Shirt side all crowned champions in their respective leagues.  Elsewhere, the Newport County Ladies team over-achieved in their league and the fantastic fans helped us reach our highest Season Ticket sales figures ever!

We wanted to celebrate every success the Club has had over the past season whilst looking towards an even brighter future.

Find out more about each person in the photo and why they were nominated to represent their branch of the Club. 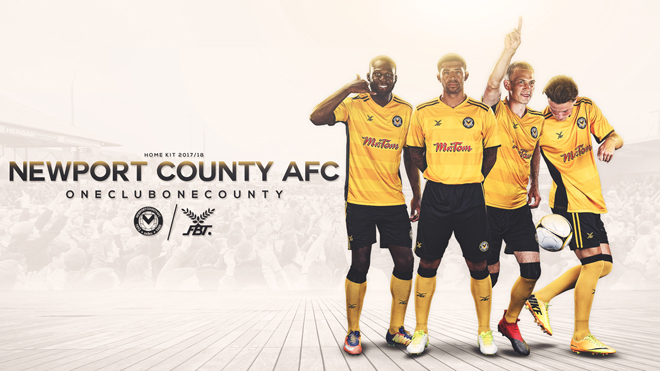 Three familiar faces from last Season and three pivotal characters in the team.  The academy boy, Tom Owen-Evans, who has risen through the County ranks to become a first team regular; the defender, Mickey Demetriou, who went on a scoring run through April which any Number 9 would be proud of to help claw The Exiles back into the fight on the final day; and the no-nonsense leader, Joss Labadie, who - after being appointed Captain for the tail-end of last Season - led his team to achieve the impossible.  They were joined at the photoshoot by new-signing Frank Nouble who is all set to take the League Two by storm this year and confident he can fire County up the league.

As the players tried on the new kits for the first time, Joss Labadie took a few moments to speak to our interviewer Ryan Robinson about the kit and the upcoming season.

“They are really lovely kits, full marks to whoever designed them because I’m impressed,” Joss said.

“I couldn’t pick between them because I think they are all quite nice.

“Obviously it feels better when you’re comfortable on the field so these are perfect. I’m sure all the boys will be delighted with the kits for next season and we just can’t wait to get started.” 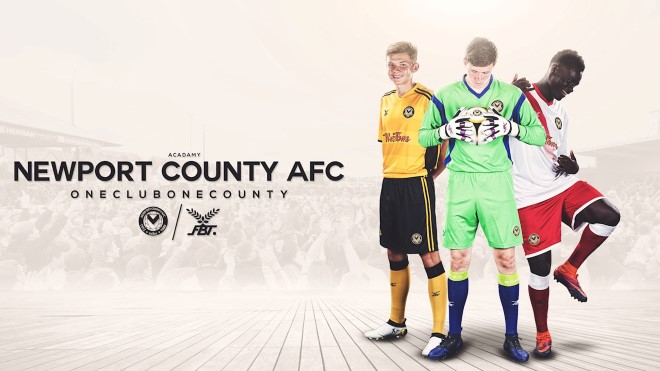 Newport County AFC’s academy had a fantastic season winning the EFL Youth Alliance Merit League 1 for the first time in the Club’s history.

That title win came as part of an unbeaten season with the boys winning nine and drawing just one of their ten matches.  In addition, the team had a successful FAW Youth Cup run before being halted by Swansea City in the semi-final.

Goalkeeper Rhys Davies (showcasing the 'keeper's second strip), midfielder Evan Press (in the home kit), and striker Modou Touray (in the away kit) were chosen by Academy Manager Byron Anthony to represent the successful U18s team at the launch.

READ MORE ABOUT THE U18 ACADEMY SIDE HERE

Supporter of the Year – Clive Hutcheson and Glyn Teague 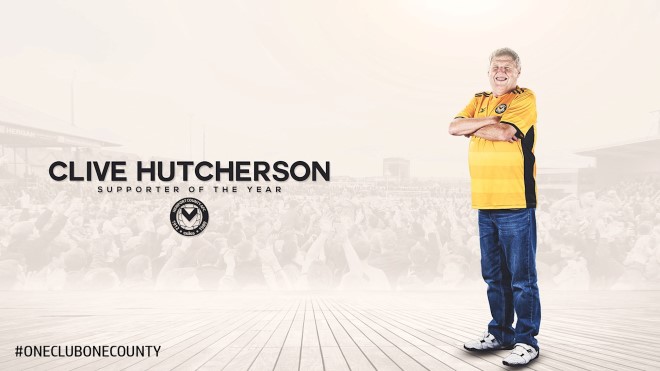 Clive and Glyn were awarded the accolade of joint supporter of the year for their efforts and dedication to the Club last season.

Chosen by the Supporters Club committee, the pair missed only one game throughout the entirety of the campaign – the away defeat to Grimsby.

Supporters Club Secretary Jeff Challingsworth said: “Glyn and Clive went to virtually every home and away first team game last season.  They support every event that we put on and they take part in every fundraiser that we do.  When it came to voting for a Supporter of the Year, for us, it was a no brainer.”

As part of his role as reigning "Supporter of the Year", the Club asked Clive Hutcheson to take part in the photoshoot. 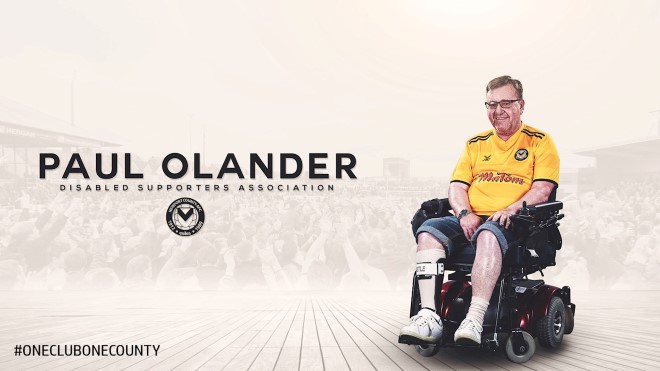 Paul Olander has been a County fan for over 40 years and was nominated to take part in the photoshoot by the DSA’s chairman, Colin Faulkner.  Colin said Paul ‘epitomises what the DSA are striving to achieve; supporting fans with all sorts of disability to attend games.’

Colin said: “A County fan for 40 years, Paul had stop going to games after a stroke but he met with the DSA and now has a season ticket with his wife Tina as a free assistant.”

Currently undergoing a re-brand to represent the One Club One County theme, the DSA are an important part in achieving the Club’s hope to make League Two football accessible and enjoyable for everyone. 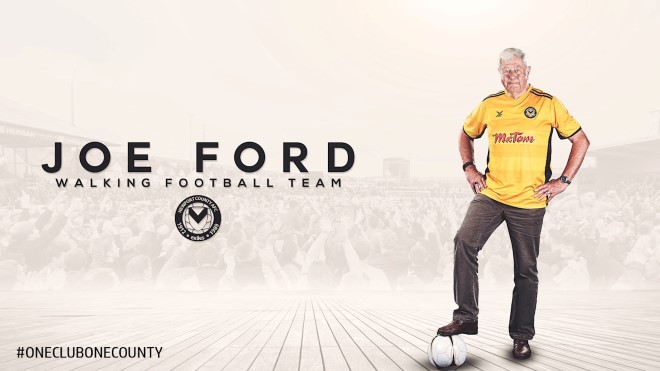 Joe Ford has been a loyal supporter of the Club for over 50 years and when the County in the Community launched an over 50s walking football team, Joe jumped at the chance to continue representing the club through the Walking Football scheme.

Joe was nominated to represent the Walking Football Team by County in the Community’s Dave Lewis.  Dave described Joe as a great man who has the club at heart as he explained:

“[Joe] is a former Director of the club who currently plays a part in the running of the business club. Joe is also a regular attender to the County in the Community Walking Football sessions where he is regarded very highly.” 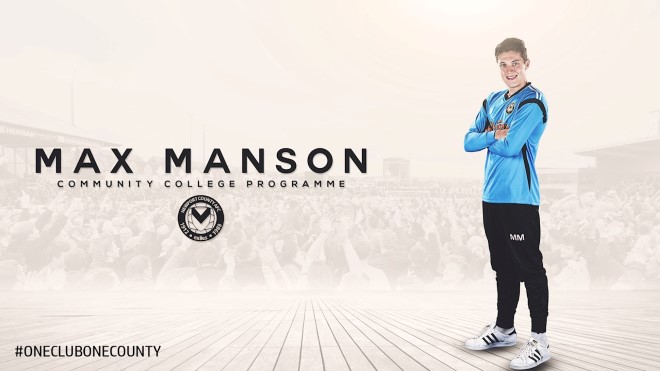 County in the Community’s Dave Lewis nominated Max because of his “fantastic attitude not just towards his Football & Futsal but also his studies”.

“Max is an excellent Goalkeeper who has the potential to play at a high standard if he continues to develop in the right way,” Dave said.  “He is an all-round credit to the club.”

The Exiles Ladies team were another quiet success story for the club as the Ladies turned around a difficult start to the season to secure a steady mid-table finish from which to build on.  Newport County Ladies is a squad of around 18 players aged between 16-42 and whilst the long-term plan is for the Club to push through the leagues and play against the top ranked ladies teams in England and Wales, the team is currently doing a fantastic job of representing the Club in a positive, professional manner.

As current Ladies Players Player of the 2016/17 Season, it only seemed right that Georgie would represent her team at the Kit Launch.  Dan Harvey, who runs the ladies team, said: “Georgie had a very impressive first season in senior football with Newport County Ladies and is a player held in high regard by her team mates, who voted her as Players’ Player of the Year for 2017/18.” 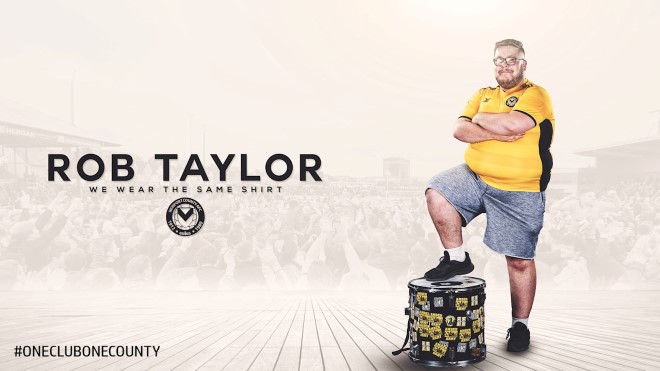 Rob Taylor – who is also a key figure of the amber army and is the one in-charge of playing the drum on a match day – has become a regular figure in the We Wear the Same Shirt side since joining the team and he believes it is vital to have these projects associated with the club.

The Community’s Danielle Seivwright nominated Rob, saying: “Rob is a bright and bubbly character and also a big Newport County Fan. Recently, Rob has played a big role in the WWSS games against Swindon, Wrexham , Newtown and Welshpool. When asked why he attends the programme Rob replied ‘It's a chance to play football, improve my fitness and socialise with others’.”

Ryan has worked with Newport County AFC for a number of years.  We were delighted to continue the #OneClubOneCounty theme by having someone who is genuinely passionate about the Club responsible for capturing the new kit.

Ryan said on his website: "Starting from the age of twelve, I've had a passion for photography. Stemming from my first season shooting Newport County AFC in their 2009/10 Conference South season, which saw them successfully achieve promotion and break several records, I have developed and pushed myself to ensure that I meet the standards required."

A County fan with an incredible talent for graphic design, Jay is responsible for putting together the images for this campaign.  You can follow Jay and check out more of his work on Twitter.

WATCH THE BEHIND THE SCENES VIDEO ON iFOLLOW